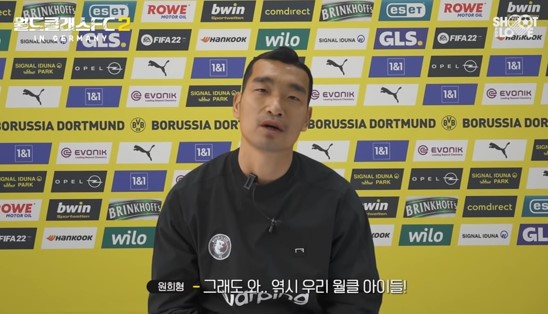 [May 30, 2022] AI technology company AITRICS (CEO Kwang joon Kim, Yoo Jin-kyu) recently announced on the 30th that it has released a video using Virtual Human through World Class FC2 of Shoot for Love, a YouTube channel specializing in soccer. World Class FC2 of Shoot For Love is a project to discover Korea's outstanding youth soccer players and help them receive education from world-class coaches in Germany, a soccer powerhouse. Through this project, the selected athletes will have the opportunity to participate in the German training program directly. In the process, AITRICS provided financial and technical support to domestic youth soccer players so that five players, two more than before, could show their talents in Germany. In addition, AITRICS used 'Warping', a virtual human production technology, to produce coach Won-hee Cho into a virtual human 'AI Warney' who could not go to Germany directly. The 'warping' technology developed by AITRICS is an artificial intelligence(AI) technology that creates new values by creating virtual characters in a world where there is no boundary between reality and virtuality. The technology is currently in the spotlight as a groundbreaking AI solution as it can support various activities for sports players and artists who were unable to participate in various events due to various schedules. Kwang joon Kim, CEO of AITRICS, said "we are so pleased that this World Class FC2 opportunity can contribute to the growth of domestic youth players and the Korean soccer industry. And as a leader in AI technology we will continue to make efforts to reduce prejudice and improve accessibility against virtual human technology in various fields through cotinuous R&D." Meanwhile, AiTRICS will provide an event to visitors to the booth to produce virtual human videos through the Korea Football Association (KFA) Football Industry Fair held at Sangam World Cup Stadium in Seoul from June 1 to 6. In addition, during the event, the booth operated by AiTRICS will be held at the World Class FC2 as a fan signing event by coach Won-hee Cho, who appeared as Virtual Human AI Wony. More information about the event can be found through the social media account of AITRICS's virtual human brand, Warping (@warping.ai).